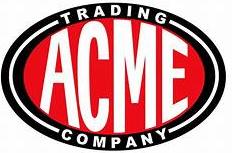 Rat Fink is a cartoon character created by Ed "Big Daddy" Roth in the early 1960s. Big Daddy Roth was an artist, custom car builder, and hot rod designer who was known for his wild and wacky designs. Rat Fink was one of his most popular creations and became a symbol of the hot rod and custom car culture of the time.

The character of Rat Fink is a rat with a human-like face and body, often depicted wearing a T-shirt and jeans. He is often shown engaged in various activities such as racing, cruising, or working on cars. He is also often shown with a sinister grin, giving him a mischievous and rebellious persona.

Rat Fink became popular as a design on t-shirts, posters, and other merchandise, and his image was often used on custom cars, hot rods, and motorcycles. Big Daddy Roth also produced a line of Rat Fink model kits and toys. The Rat Fink character and merchandise became a cultural phenomenon in the 1960s and is still popular today among hot rod enthusiasts and collectors.


This exquisite model is hand painted and polished to a beautiful finish.